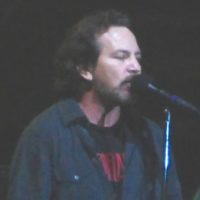 Pearl Jam’s Eddie Vedder is back with a new song called “The Haves,” which is set to appear on his new solo album called Earthling.   To pre-order Earthling, head here.

Listen to “The Haves” at the link – here.