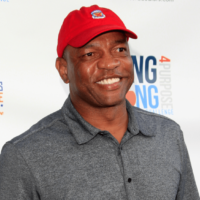 The Philadelphia 76ers have suspended point guard Ben Simmons for one game for “conduct detrimental to the team,” the franchise announced Tuesday. Simmons will miss the team’s season opener against the Pelicans as a result of the suspension. Coach Doc Rivers threw Simmons out of practice, leading to the eventual suspension. According to multiple reports, Rivers asked Ben Simmons to join a defensive drill today multiple times, but Simmons refused. Rivers told reporters that Simmons’s reluctance to “physically and mentally engage” with the team since his return has been a consistent theme, and said he asked Simmons to leave practice Tuesday because he has been distracting teammates — “I thought he was a distraction today. I didn’t think he wanted to do what everyone else was doing.”

Simmons is set to earn $31.5 million this season; he is signed with the 76ers through the 2024-25 season.  He requested a trade this summer and did not report to training camp.  All-Star center Joel Embiid, Simmons’ teammate for five seasons, told reporters it is not his job to be a “baby sitter” when asked about the point guard. Embiid said Tuesday: “I don’t care about that man honestly. He does whatever he wants. That’s not my job. … I’m only focused on trying to make the team better, win some games and try to lead the guys we have here. I’m sure they [teammates] feel the same way. Our chemistry has been excellent, despite everything that’s happened [with Simmons] in the last few months.”

The 76ers face the New Orleans Pelicans in their first regular-season game at 8 p.m. EDT Wednesday in New Orleans.